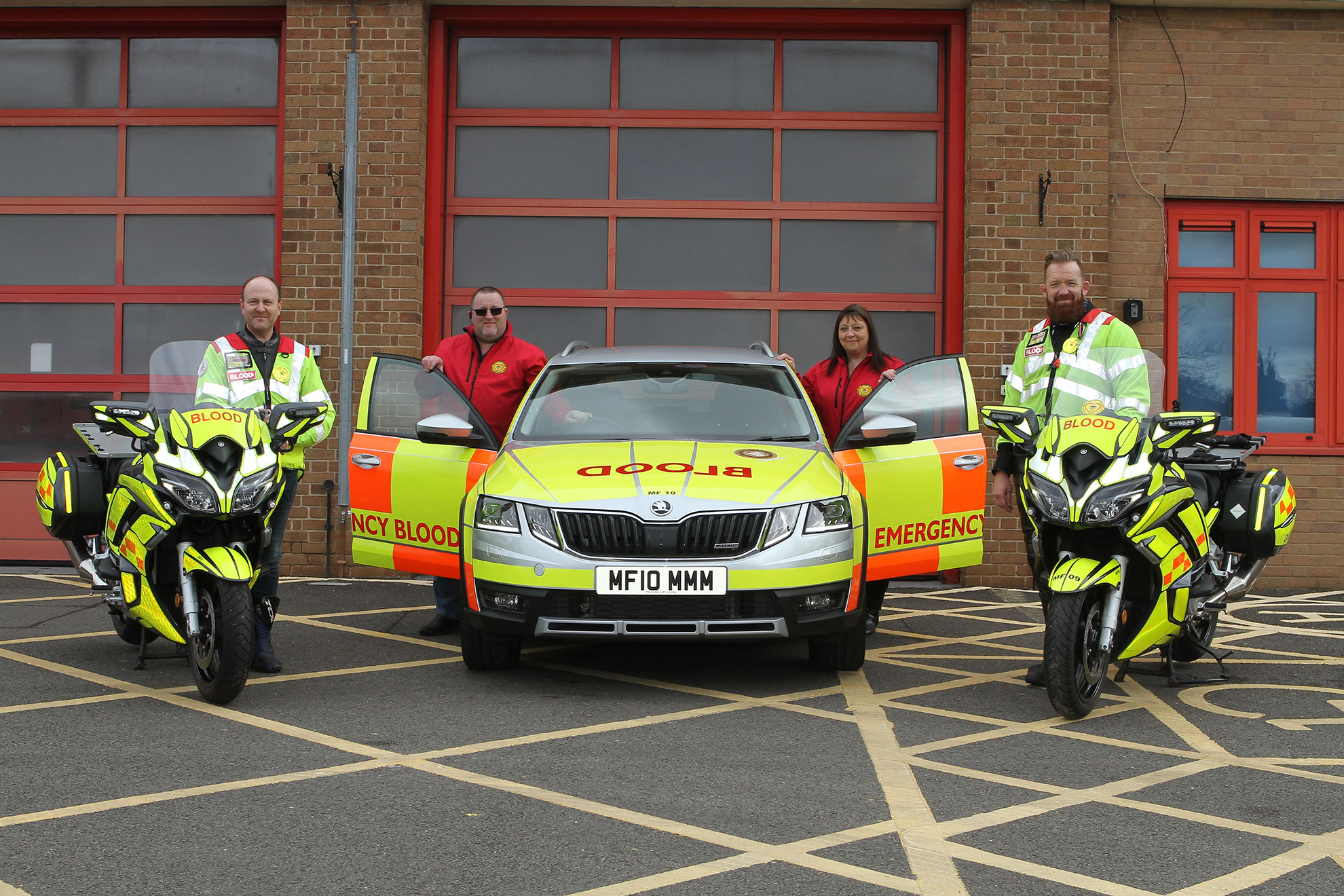 HELPING THE NHS HELP YOU

Providing an emergency rider service to NHS hospitals throughout the country. 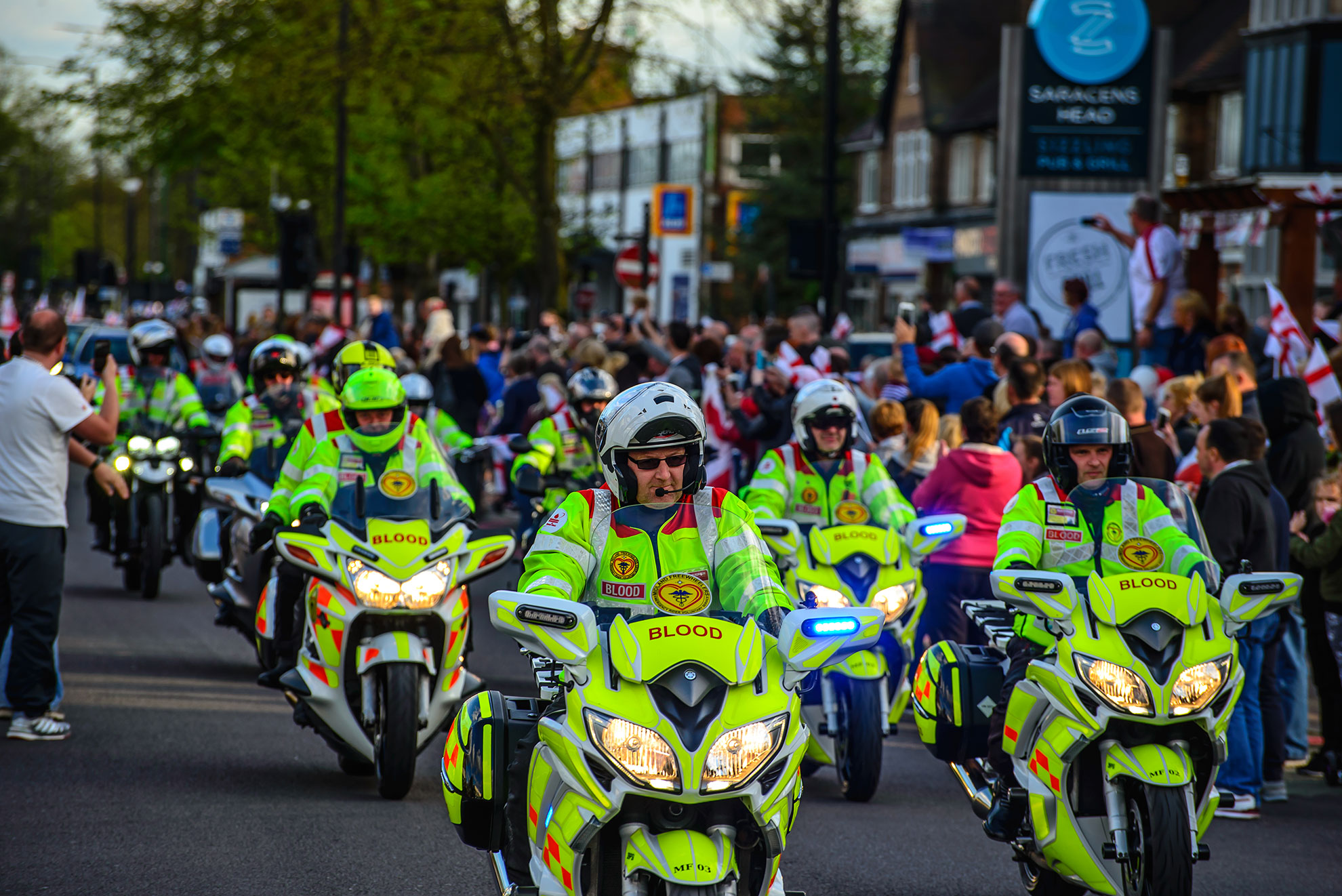 We are always looking for volunteers to help with the service. 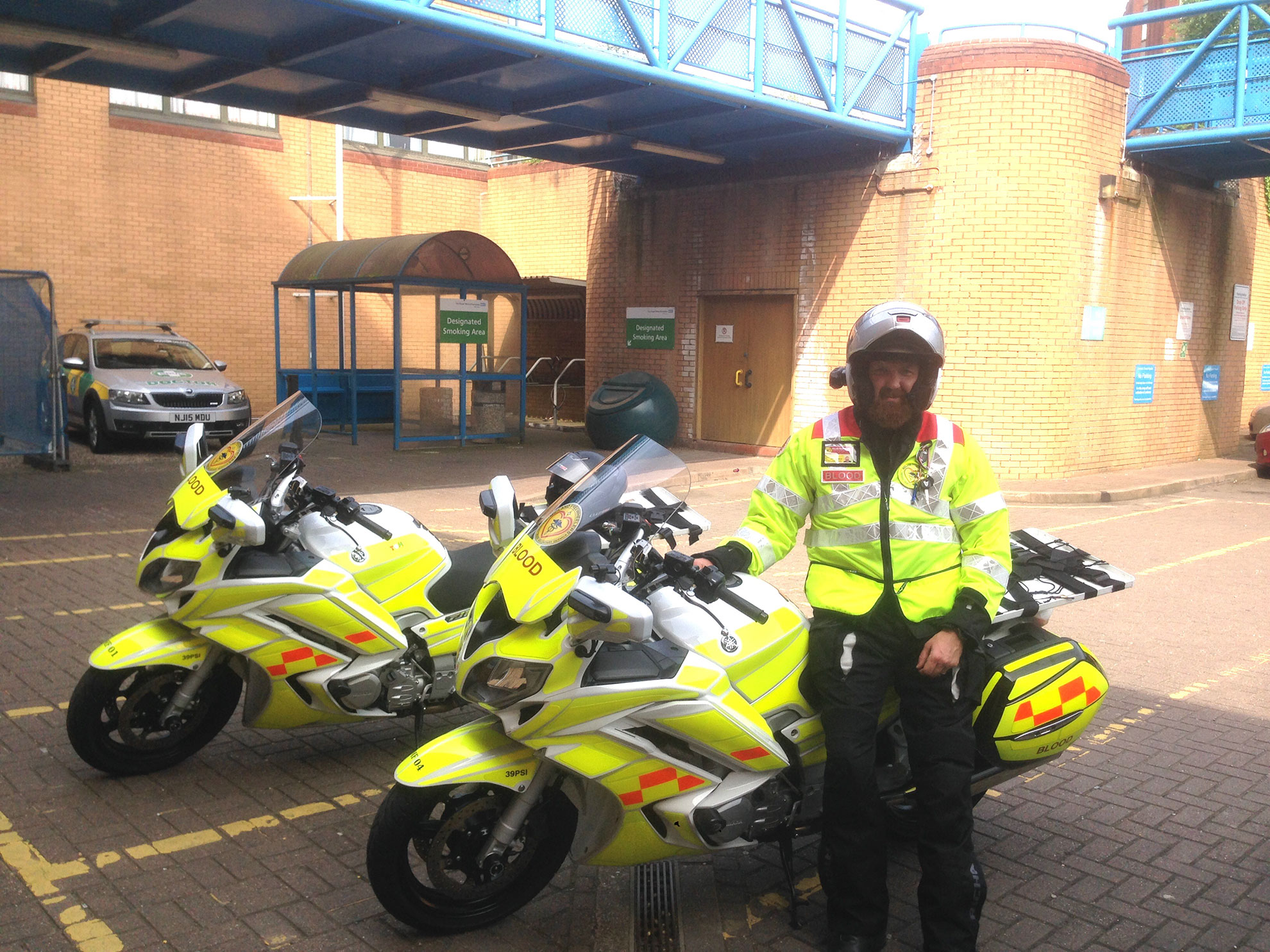 Providing a free emergency out of hours blood and medical essentials delivery service to the NHS.

The measure of life is not its duration but its donation.

How it all began

Midland Freewheelers was first formed as a result of the original Chairman, Ray Hart, attending a Birmingham Advanced Motorcyclists meeting in 2009, where a chap from Severn Freewheelers Bloodbikes gave a talk about their work. Ray thought ‘That’s a good idea, why haven’t we got a Bloodbike Group in Birmingham?’

Ray and the other two founder members of MF, John Gaunt and Dave Walker got together and, with help and advice from other existing groups, began to pull together the essential elements such as a constitution, a bank account (with not much money in it at that point!) and most importantly, an agreement with New Cross Hospital, Wolverhampton, to provide a free motorcycle-based out of hours courier service for essential medical items. They started with just one bike, which was an ex-Police 1300 Honda Pan European with lots of miles on the clock, but safe and serviceable.

Operations began on the 1st July 2010 and the New Cross work continues to this day.

Where we are now

From that foundation our service has grown year on year and we now provide our service 24 hours a day, 7 days a week, 365 days a year, in any weather!

We also keep the Midlands Air Ambulance charity’s helicopter, based at RAF Cosford, supplied with blood so they can give life-saving blood transfusions at an incident.

We are a charity staffed entirely by volunteers who give up their time to ride bikes, drive cars, coordinate and fundraise.

We carry anything of a medical nature (size permitting) including blood, human tissue, samples, X rays and patient notes. We consider all deliveries to be HIGH PRIORITY and deliver them as soon as a bike becomes free.

Midland Freewheelers are part of a larger blood bike family, the Nationwide Association of Blood Bikes (NABB). NABB, along with other blood bike groups across the country, work together to provide the transportation where needed. It essentially means as a group we can transport items across the whole of the UK.  More recently they were key in setting up the relationship between blood bikers and Sky Watch UK for ‘air relays’ using helicopters and planes to assist our supply chain of transporting urgent medial consignments.

NABB’s main role is to liaise with government on legislation, promote the work of blood bikes and assist in the setup of new groups alongside providing help and guidance to existing groups across the UK and Ireland.

The demand for our service continues to grow both locally and Nationally and with your help and donations, we aim to ensure we can continue providing this valuable service FREE OF CHARGE to the NHS.

We are always looking for volunteers to help with the service. If you can spare a little of your time then we would be pleased to welcome you to the group.

We carry anything of a medical nature that can safely be carried by our small fleet of motorbikes and the two cars. Here are some examples:

We collect donated breast milk from mothers and take it to the Milk Bank at Birmingham Women’s Hospital. From there we deliver to sick babies in hospitals across the region as well as setting up relays with other blood bike groups such as delivering to Hospitals in South Wales.

FMT or Fecal Microbiota Transplants are incredibly important to patients across the region and the wider UK. We collect transplants from the University of Birmingham and deliver via relays with other blood bike groups to get to the end patient. Google FMT, you’ll be amazed how it works and the life changing effect it has!

These are the bread and butter of our work. We transport samples from medical facilities to biochemistry laboratories across the region, some routine, some more critical.

This involves some of the more time critical work we undertake for the Birmingham Children's Hospital. Most of the drugs we transport have a very short shelf life so have to be delivered in a timely fashion to ensure patient success.

Along with other medical equipment, we are often requested by the neonatal unit at the QE to deliver and collect Oxymeters or Pulseox machines which are pieces of equipment used for monitoring new-borns that have recently left hospital, allowing them to go home earlier.

We deliver medication from central pharmacies to patients in other hospitals and nursing homes.

A number of these jobs are focused around the renal units across the region, transferring notes to and from hospital wards and specialist units.

We are thrilled to introduce to you our brand new

Today was something of a first for us....read atta

Since lockdown started BP have been providing free

Continued from the last post.....it was also our b

Drumroll time, The month of May has seen us comple

A huge THANK YOU to Severn Trent for such a genero

On a landmark day we’ve also had our own landmar

Thank you to the Provincial Grand Lodge of Warwick

From all of us at Midland Freewheelers a big THANK

And just like that April has been and gone! We had


Error: API requests are being delayed for this account. New posts will not be retrieved.

As you might have guessed the service cannot run without the money raised by our members, company donations, anonymous donations and of course you the generous general public. Fundraising is perhaps the most important thing that we do. From shaking a tin to visiting big business to ask for sponsorship. Our running costs per year are circa £35,000 – £40,000 which is dominated by fuel, tyres, maintenance and fleet insurance.

Texts cost the donation amount plus your standard message rate.